How Were The Galapagos Islands Formed?

How Were The Galapagos Islands Formed?

The Galapagos Islands are a natural wonder and a paradise for those who seek excitement and adventure.

Located in the Pacific Ocean, about 600 miles off the coast of South America, this archipelago is home to some of the world's most exotic wildlife.

The island's isolated location has allowed its species to develop over time without human interference, creating an unparalleled variety of flora and fauna that can be found nowhere else on Earth. 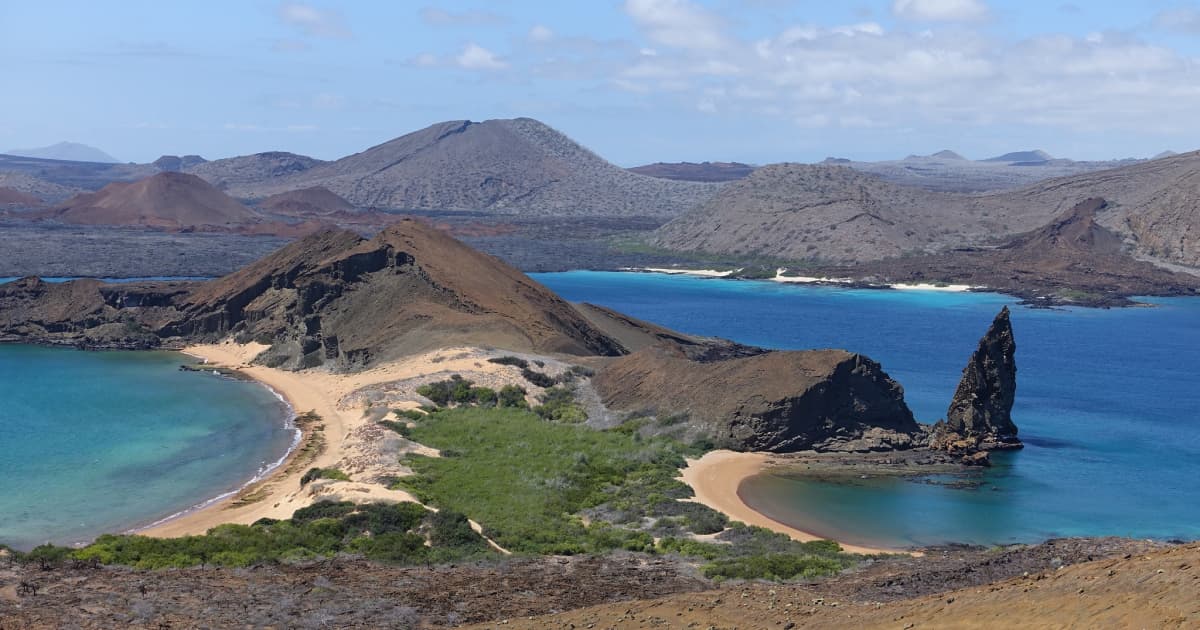 The Galapagos Islands are a living, ever-changing system, home to endemic species, unique flora and fauna, and an abundance of wildlife and a natural landscape unlike anywhere else in the world.

The idyllic archipelago of the Galapagos Islands has captured the imaginations of travelers and scientists alike for centuries, and sparked much debate about its origin and formation.

Let’s look at how this truly incredible place came to be and what makes it such a unique and special destination.

How The Galapagos Islands Were Formed 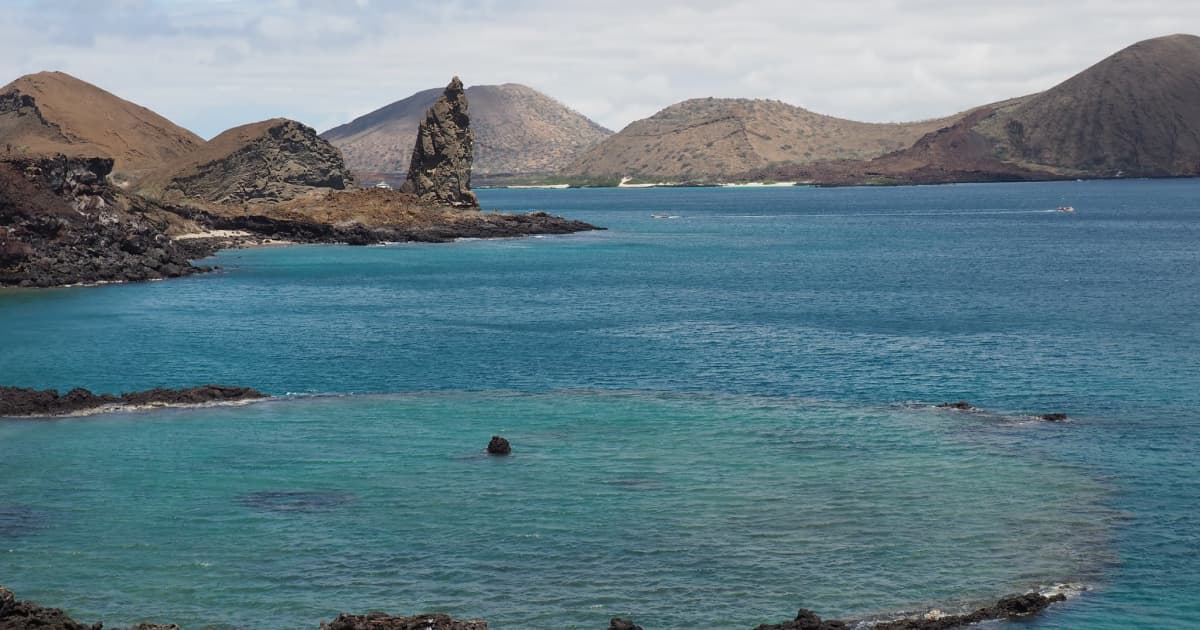 How exactly the Galapagos islands formed and came to be the diverse and wondrous archipelago it is today is quite complex and has been the subject of much debate.

Some scientists believe that the Galapagos were formed due to an underwater eruption.
Others believe that they were created as a result of tectonic plates. The truth may lie somewhere in between these two theories.

The Galápagos Islands sit on the edge of the constantly moving Nazca tectonic plate, which is shifting at a rate of 7-8cm per year.

This movement has caused the volcanic landscape of these islands to be subject to over 50 eruptions in the last 200 years alone.

The Galápagos hotspot is a volcanic hotspot situated on the Nazca Plate and is thought to be what was responsible for the creation of the Galápagos Islands as well as three major aseismic ridge systems: Carnegie, Cocos, and Malpelo.

In addition to sitting on a volcanic hotspot, the heat from the Earth's mantle causes this molten rock to rise until it reaches the surface, where it quickly cools and solidifies into an eruption.

Over time, the shifting plates and subsequent volcanic activity have caused older island landmasses to be lost under the ocean's surface while new landmasses form and rise up.

The different islands are thought to have been formed by the Galapagos hotspot, with new islands being formed through generations and other being lost in time.

How Long Did It Take For The Galapagos Islands To Form? 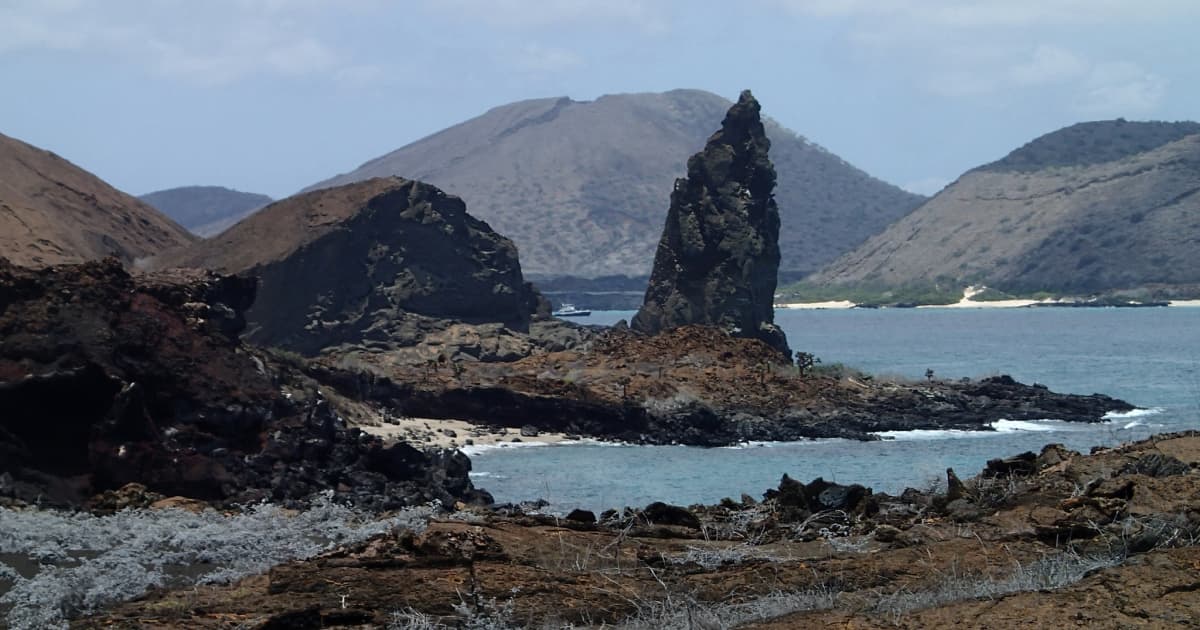 The Galapagos Islands are relatively young in terms of geological history. The oldest island is still an infant in the grand scheme of things as they are (only) three to four million years old.

The westernmost islands are the most volcanically active, and some islands are as young as a few hundred of thousand years old.

The oldest islands, such as Fernandina and Isabela, are thought to be around 3-4 million years old, while the youngest, such as Baltra, is only around 700,000 years old.

What’s even more incredible is how the unique wildlife, flora, and fauna have formed and evolved on the islands throughout the years.

The islands are home to a variety of unique plant and animal species, many of which are found nowhere else in the world. 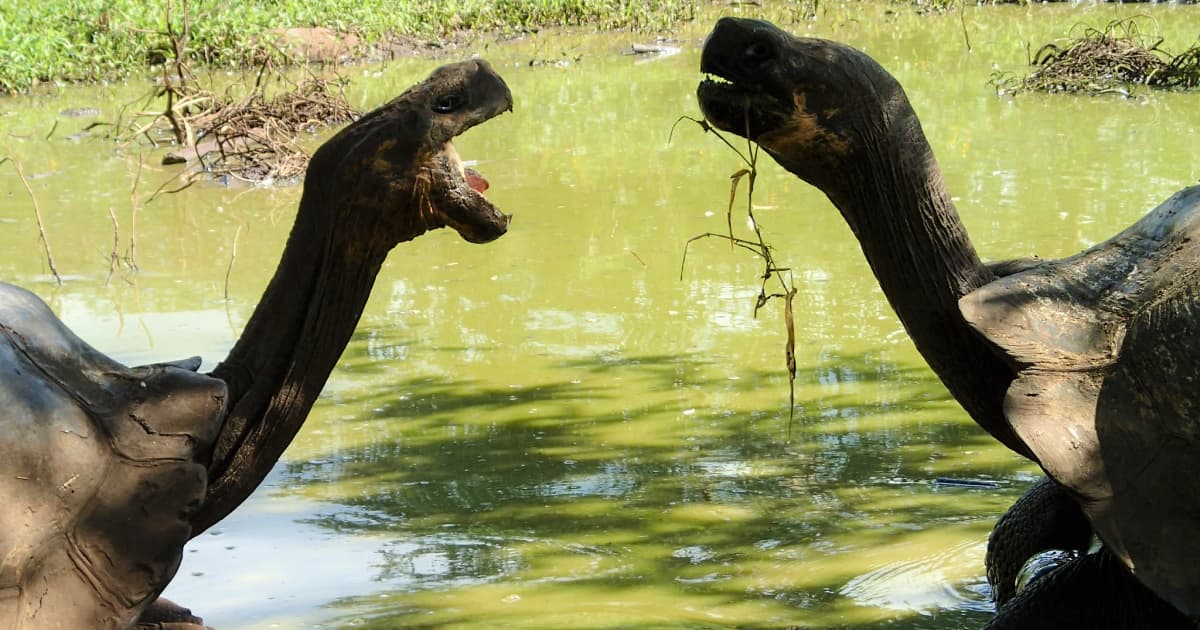 Now that we have an idea of how the Galapagos islands have formed and changed over the years, the next debate is how the wildlife have arrived and adapted on the islands throughout the years.

The wildlife on the Galapagos islands is just as amazing and unique as the islands themselves, and is why thousands of tourists are attracted to the Galapagos each year to grab a glimpse of the array of different species.

The environmental conditions are incredibly unique on the Galapagos Islands, and is one of the reasons why the wildlife is so diverse and just borderline strange. Penguins in Ecuador is pretty weird right? How is that natural for them.

Well, the islands location near the equator gives them a sunny climate, but they are also influenced by the cool Humboldt and Cromwell ocean currents.

This mix of tropical and temperate conditions is reflected in the unique wildlife that live on the islands, and the unusual flora and fauna given the location. This makes for an awe-inspiring array of animal life, which you must see in person to truly appreciate.

In fact, more than 80 percent of land animals and 30 percent of plant species on the Galapagos are endemic, meaning they are not found anywhere else on earth. From the only penguins in the Nothern hemisphere to giant tortoises and even flightless cormorants.

These unique species make the Galapagos a vital piece of the planet's biodiversity and a truly special place. 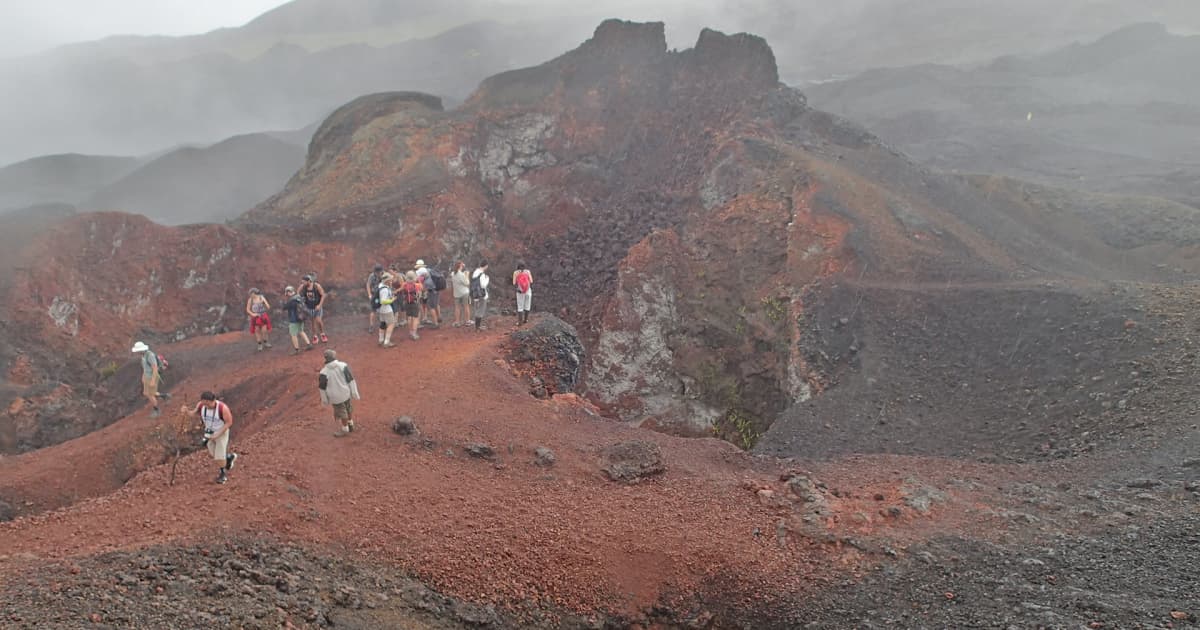 Does The Galapagos Islands Still Have Volcanoes?

This is something we get asked a lot.

The eastern Galapagos Islands are are no longer active and many of the older volcanoes have been reclaimed by the sea. However, the several volcanoes on the western islands are still quite active, as they sit over the hot spot.

Volcanic eruptions still occur today, and volcanoes on Isabela and Fernandina islands are still active, and have erupted as recently as January 2022.

The last volcanic eruption took place when Wolf Volcano erupted in Janaury 2022, having also erupted back in May 2015, having previously been dormant for over 30 years.

Sierra Negra is a large shield volcano located at the southeastern end of Isabela Island and is one of the most active volcanoes in the Galapagos. Its last eruption started on 26 June 2018 and ended on 23 August 2018.

Before this, La Cumbre Volcano erupted on Fernandina in 2009, and Cerro Azul on Isabela erupted back in 2008.

Despite these eruptions, tourism still went on, and the events drew more attention rather than sending travelers packing for home.

These islands are a testament to how nature can be both beautiful and delicate.

Is It Safe To Visit The Galapagos Islands

Many islands are completely uninhabited by humans, and there is quite a bit of distance to travel before even coming into contact with other tourists or communities.

The wildlife are for the most part, incredibly friendly with visitors, and some even enjoy the attention and tend to play up and interact with people.

There are no predatory species on land to be wary of, and as long as you follow your tour guides instructions and stay on the trails there is never a threat from wildlife. 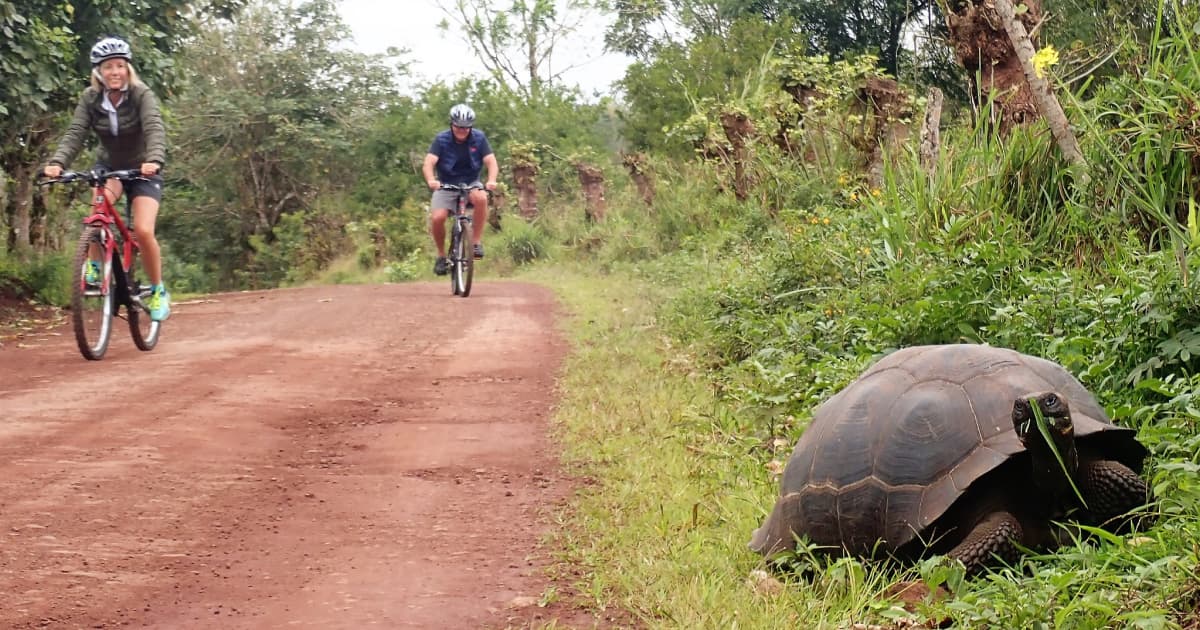 Even in 2018, as La Cumbra in Fernandina erupted, tourism still continued across the other side of the island.

You can hike & trek across the tops of many of the volcanoes, both active & dormant, and even visit Genovesa, and swim in the remains of the largest volcanic craters. 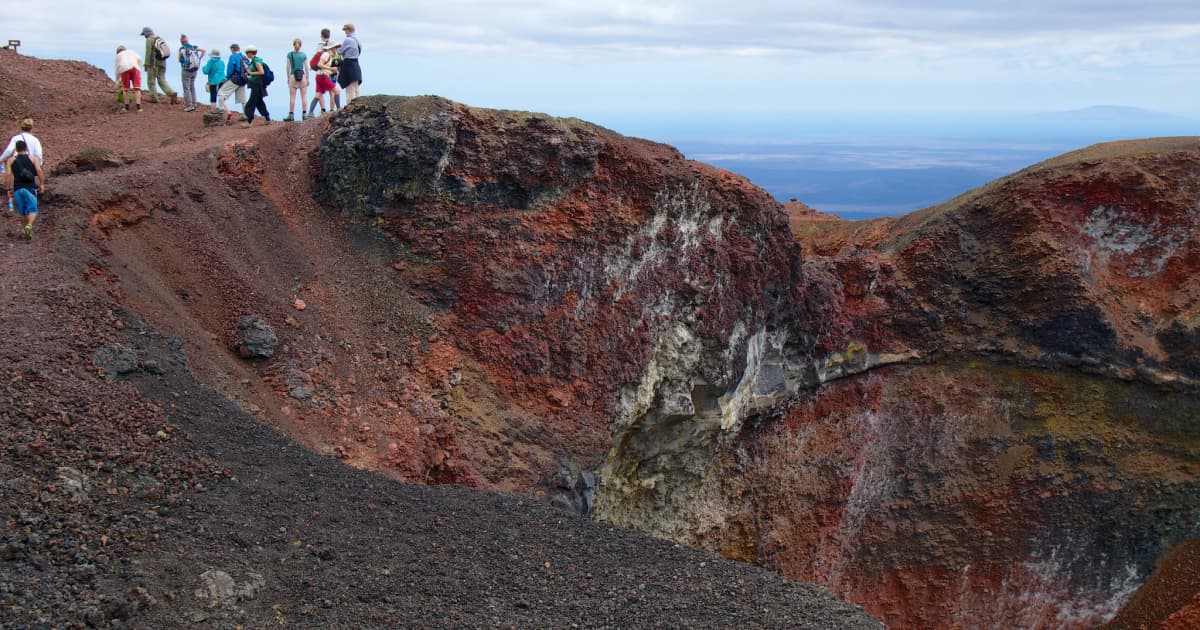 The only danger that tourists face across the Galapagos islands is when they break the rules that are designed to protect them.

These rules are in place for the safety of both visitors, and the unique wildlife found here. Pay attention to signs and keep on the designated trails.

Even when hiking the volcanoes, the lava rock terrain can be unpredictable and rough, so it's best to stick to safe areas.

Here at BikeHike, we have an incredible Galapagos islands itinerary, that goes beyond your typical Galapagos tour.

Experience an adventure vacation to the Galapagos islands and witness this archipelago's incredibly diverse marine life on many travelers' must-do lists.

On our 10-day land tour, we will take you further than a traditional Galapagos islands tour with an authentic and up-close experience across the islands.

We travel far from the crowds and cruises and view these naturally rich islands from a very different perspective.

We kayak across the crystal blue Galapagos waters, paddling through lava channels and alongside giant sea turtles, seals, and bottle-nosed dolphins.

Add in some snorkeling and scuba diving for good measure, snorkelling and swimming with a myriad of tropical fish, sea lions, and starfish

Inland we bike across dirt trails and hike the divers archipelago on our own two feet in search of the diverse wildlife across each island.

Another signature feature of our trip is the cultural interactions with locals, including a meal in a local's home.

And for the ultimate adventure, you can combine a Galapagos tour & Machu Picchu trip.

Or get in touch for your own customized Galapagos adventure.

Trish Sare is the owner of BikeHike and a passionate outdoor enthusiast with over 30 years of experience as a world traveler. She's lived, traveled, and guided extensively in North, South and Central America, Europe, Oceania, Africa, and Asia. She has guided and helped to develop every one of our multi-sport holidays. In her spare time, Trish is usually outdoors either mountain biking, hiking, sea kayaking, trail running, or climbing. Trish has a passion for the world and all of the amazing cultures that inhabit it and does her best to immerse herself directly into their distinctive lifestyles. 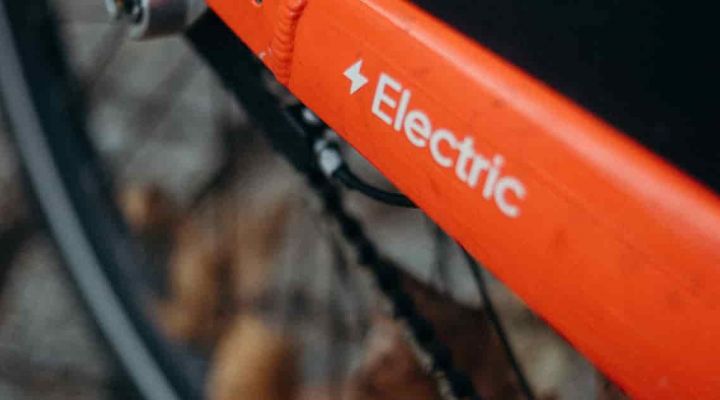 Biking
How The Electric Bike Is Changing Travel: Is An E-bike Worth It?
Read Article 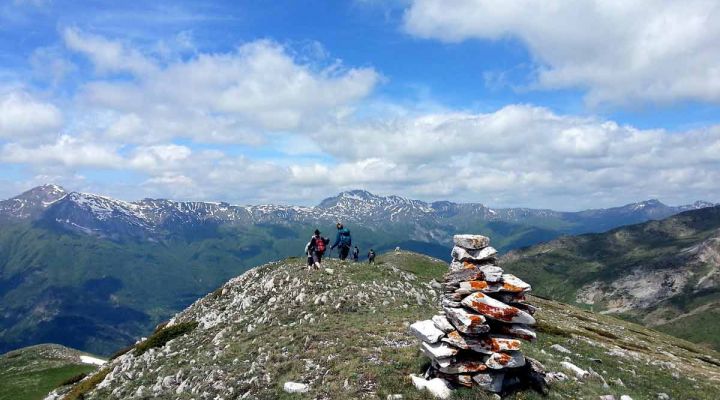 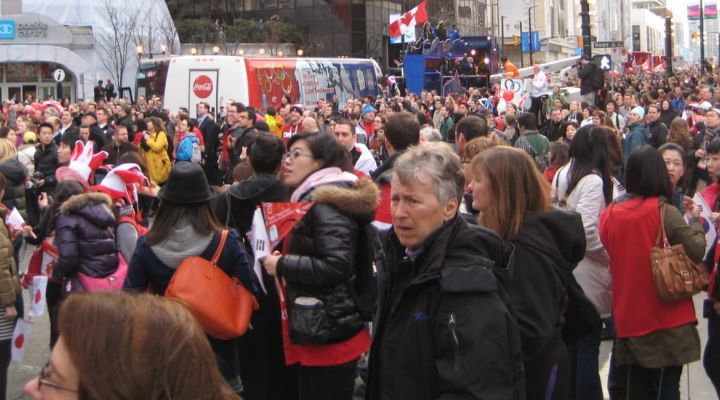