Dreaming of Panama for vacation? An adventure travel tour might be just for you. Panama provides a real tropical paradise for adventure travel. Panama is really the hidden eco gem of Central America. It boasts the most protected land in all of Central America, with 40% of the entire country declared national parks. So, this country's cloud-covered highlands, gushing rivers and tropical jungle are a perfect place to bike, hike, kayak, zip-line, and more.

This narrow slice of land formed with it was pushed up from the ocean floor four million years ago to bridge the gap between the North and South American continents. Picture long stretches of unspoiled white sand beaches, virgin rain forests, misty cloud forests, over 900 species of birds, 1,500 species of trees, and over 7,000 plants. The best part of all — it's practically undiscovered compared to its Central American counterparts. Don't hesitate for a moment considering Panama as the destination for your next adventure trip!

Below is a list of BikeHike's Panama adventure tours. 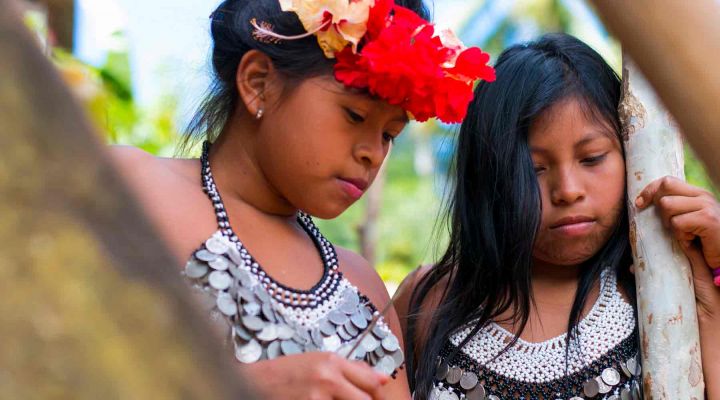 9
Days
Moderate
From
3199.00
USD
per person
Rumble in the Jungle - Panama Adventure
Activities:
Be one the rare explorers to discover this Central American gem beyond its century old engineering marvel. This 9-day Rumble in the Jungle immerses you in Panama's impressive blend of nature, adventure and culture as you zig-zag from the Pacific to the Caribbean on your own sweat and steam as you hike, bike, kayak and more. (Biking, Hiking, Kayaking, Snorkelling and Zip Lining)
Trip Details
Connect with us
Copyright © 2022 BikeHike Adventures Inc. All rights reserved.
Drupal development by Acro Media