Explore Canada on an adventure tour, including biking trips, hiking tours, and more multisport activities. See exactly why Canada's "Great Outdoors" is one of the best locations in the world for an active travel adventure.

Canada is the second-largest country on the earth, encompassing nearly 10 million square kilometers. It spans six time zones and is bounded by three oceans. The land is vast, wild, rugged, and unspoiled - an adventure traveller's paradise. From the snowy peaks of the rocky mountains, to the thousands of freshwater lakes and rushing rivers, to an almost unbroken belt of forest stretching coast to coast - there’s so much to see and do that you could set out on adventure trips in Canada all year round.

Below is a list of BikeHike's Canada adventure tours. 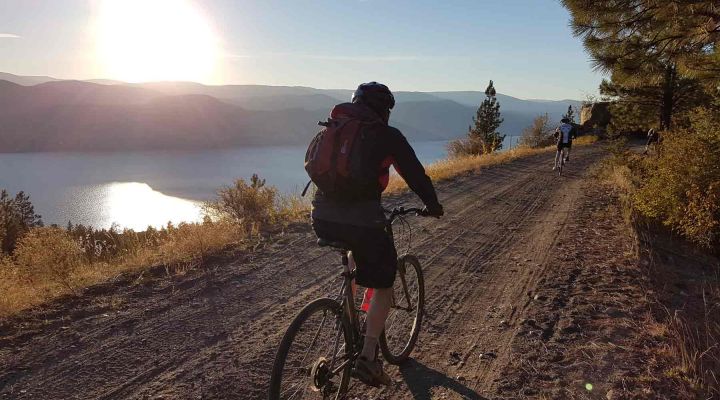 5
Days
Moderate
From
2700.00
CAD
per person, and plus 5% tax
Bike and Hike Napa of the North
Activities:
Hike and bike from Vancouver to the Okanagan, traversing British Columbia's incredible landscapes. (Biking and Hiking)
Trip Details 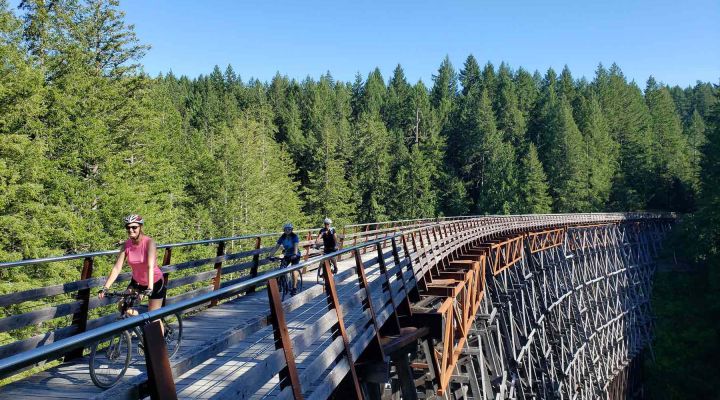 3
Days
Moderate
From
1499.00
CAD
per person, plus 5% tax
Biking Vancouver Island
Activities:
This 3-day Vancouver bike and hike adventure is an exploration of some of southern Vancouver Island's gems. We bike the Lochside, Galloping Goose and Cowichan Valley Trails, hike at the Sooke Potholes and explore the city of Victoria and the Saanich Peninsula. There is also the possibility of innertubing down the Cowichan River. (Biking and Hiking)
Trip Details
New!

7
Days
Moderate
From
3699.00
CAD
per person, plus 15% tax (4+ travellers
Cycling Quebec City to Lac Saint-Jean
Activities:
This cycling adventure is in one of Canada's most culturally rich provinces, Quebec. In 7 days we cycle 256 km / 160 mi through a variety of landscapes from the peaceful island of Île d'Orléans known for its farms, orchards and vineyards to the Saguenay Fjord region of Lac Saint-Jean with its rugged mountains, boreal forest and lakes. (Biking)
Trip Details
Connect with us
Copyright © 2022 BikeHike Adventures Inc. All rights reserved.
Drupal development by Acro Media